Conversing about the most debated offline electro mail client known for its Merits-Demerits both, I assume the majority of you might have guessed it already prior to my declaration. So without any delay let me say this that "YES" you all have guessed it right and it is indeed the Outlook for Mac 2011 edition. As like the User-Interface of the equivalent the issues of Mac Outlook mail application are Critical too without a doubt which in response leaves a user in an inappropriate state always. Problem with mail formatting issue of Outlook for Mac 2011 is also one of the same kinds wherein an end user is trying to send emails along with the custom signatures that the user has created using Times New Roman with font size 14. 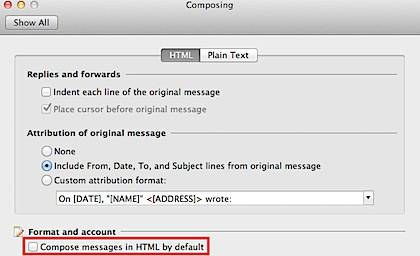 This one is the default signature that should be attached with all the mails as it is while sending or replying however it's not functions the same as it is supposed to be. The problem is when a user sends mails, everything looks just fine though the moment the recipient is receiving mail the format of the email gets changed; this is what's happening continually. Sometimes the format of font gets altered or the font size; the same has been witnessed by couple of users in several instances where a user has faced the equal difficulty. Although there are options like TEXTEDIT which will do its job but then that's not going to work with those users who had to send 20-30 emails a day along with a condition that it should look professional anyhow.

So before reporting a problem perform these instructions 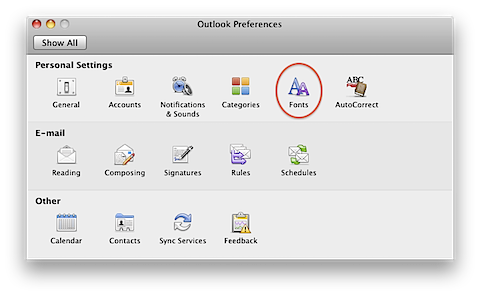 Note: HTML emails are actually delicate and Outlook being the one doesn't really help you what goes wrong. In most of the cases it's the recipient who either doesn't have the correct fonts or else have a bad HTML version. Verify this issue by sending an email to you if everything seems perfect then the problem is from their end.